The Japanese method: do multiplications with fun

You learn something new every day, indeed I discovered a new way to do multiplications with much fun: the Japanese method. The approach is pretty graphical but obviously the maths is the same used in the traditional method. I show you in a video four examples and a gallery with a comparison of the two techniques. Sure you will appreciate it and amazing your friends with awesome maths!

The Japanese method is an elegant and handful procedure to solve the multiplications reducing them to a sum of dots subdivided in horizontal and vertical lines.

As I explain in the animation on the right and in the gallery below it consists in four steps:

Below I made a video with four examples and a gallery in which I solve a multiplication step by step comparing side by side the Japanese and Traditional method.

I created the images of the gallery using LaTeX, as you can see online on my Overleaf1 account, it is available here. 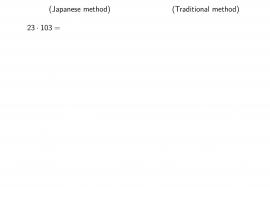 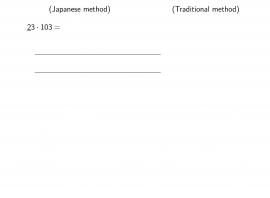 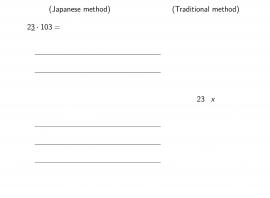 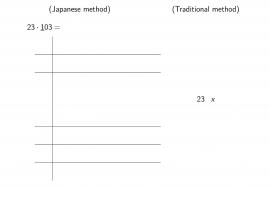 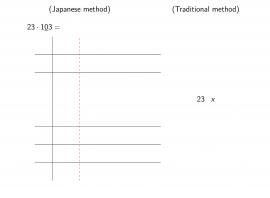 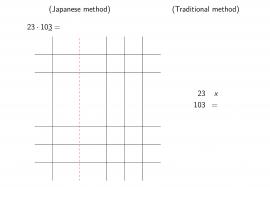 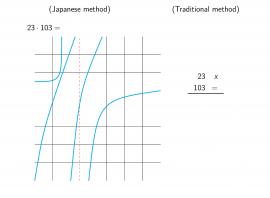 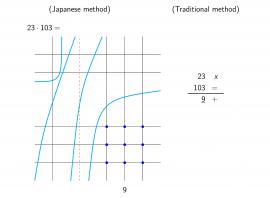 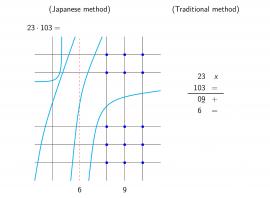 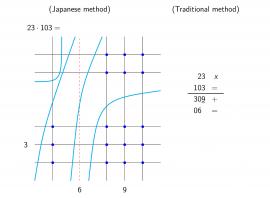 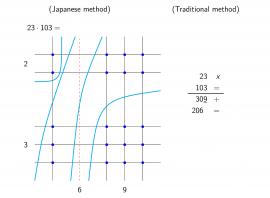 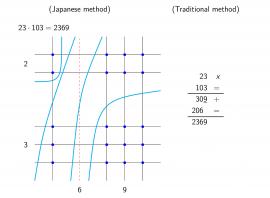